I was on holiday back home recently, and I bumped into a pair of leather chokers I bought a billion years ago in Montreal.

Well, not really a billion, but it was almost three decades ago, so about right :))

It was 1991, and grunge had transitioned into the mainstream, Alice In Chains, Nirvana, and Pearl Jam were always playing in my portable CD player on the way to class.

Vintage leather pants, tartan pleated skirts, striped t-shirts, tulle dresses, bring it, it was the 90s! And my beloved chokers with their bold ancient symbols were the perfect match.

They made a statement before we even had statement jewelry. And I loved the spirituality, the power, and mystery the symbols on them evoked.

The suede choker had a number of Ankh pendants, and what I thought the time was perhaps a Celtic cross in the middle.

The Ankh is an ancient egyptian symbol, which in hieroglyphic writing represented the word for “life”. It was most commonly seen in the hands of ancient deities, representing their power to sustain life and to revive human souls in the afterlife.

**The Coptic Christians later adapted its shape to a rounder loop, which became Crux Ansata, the handled cross.**

The Ankh is still worn this days as an amulet, to protect from negative energies and bring good luck and fortune to the wearer.

The Celtic cross looks like a traditional Latin cross with a ring around it. Do you know of the Irish legend about its origin?

Some believe that this Christian cross was introduced by Saint Patrick himself, who combined the symbol of Christianity with the ring symbol of the sun-god Invictus, to broaden its appeal to Irish pagans.

Actually the Celtic cross motif predates Christianity by at least 3,000 years. And the cross as we know it was used centuries before the birth of Christianity, most probably originating from the ancient Babylonians. Always a symbol of worship but in religious systems of ancient cultures.

So what exactly did the central symbol on my choker signify?

Looking at it again after all those years, I am not so sure whether it is a celtic cross after all, a Christian symbol, or something else.

The ends of its arms are reminiscent of a budded cross (which features three buds per arm end to symbolize Trinity: God the Father, Son and Holy Spirit). But the central shape is similar to an Ethiopian Orthodox cross, with an ornamental squared sunburst section in the middle. Or is it not a square at all, but petal flowers instead, as seen on a Rosicrucian cross, a symbol more associated with Qabbalism and Alchemy.

Hard to tell! Circles and crosses are featured in countless symbols and emblems.

It could as well be a Native American medicine wheel, or sacred hoop. Used in Shamanism, it is a circle divided by a cross to indicate the four directions, North, South, East, and West, and the cyclic nature of our world.

Coptic cross with a square sunburst shape in the middle

Rosicrucian cross combining the red rose and the cross of gold.

The cross remains as the most enduring and widespread symbols in the world. Each arm stands for an element: Self, Nature, Wisdom, Divinity. As an icon it is meant to represent how the seen and unseen universal energies come together.

We all automatically recognize the peace sign, the emblem of the 60’s, as something positive. The ancient Chinese philosophy's yin/yang is also universally seen as the symbol of balance, dualism and complimentary opposite forces.

However, the swastika sign, which symbolizes peace and continuity in India (translated literally from Sanskrit, it is made up of SU: “good” and ASTI: “being”, in other words, well-being), here in the west is associated with hatred, racism, death and war.

Symbols are anyway subject to interpretation. Just as spirituality is a very personal thing.

What do the arms of any cross mean to you? Is it the West and the East, the Past and the Future?

The Dawning sun or the Sunset?

The changing of the seasons?

Or your connection to the Divine?

Symbolism is all about expressing personal power, and symbols convey a broader principle than words can explain. They can be a great source of inspiration and strength.

But not until one gives them personal meaning.

My beautiful leather choker features an oversized Ethiopian cross, made from elaborate latticework. No two Ethiopian crosses are exactly identical, as the artisans who make them are allowed freedom of creativity and style. 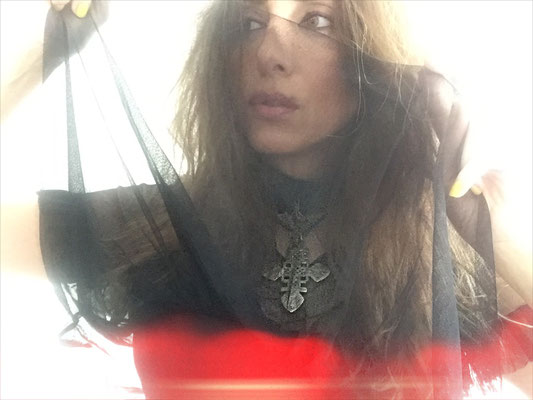 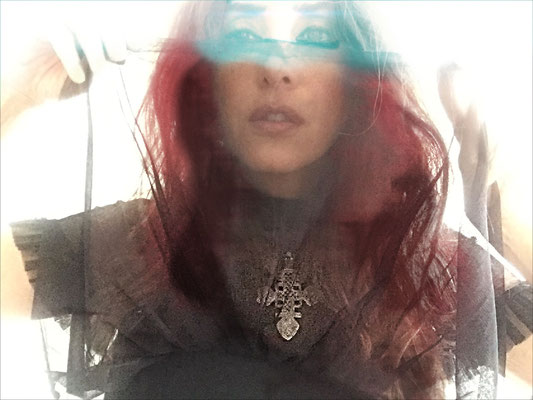 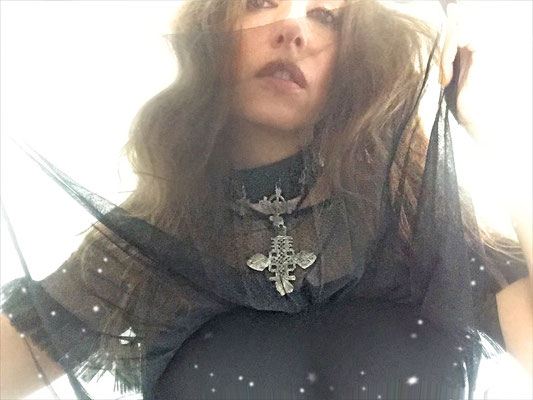